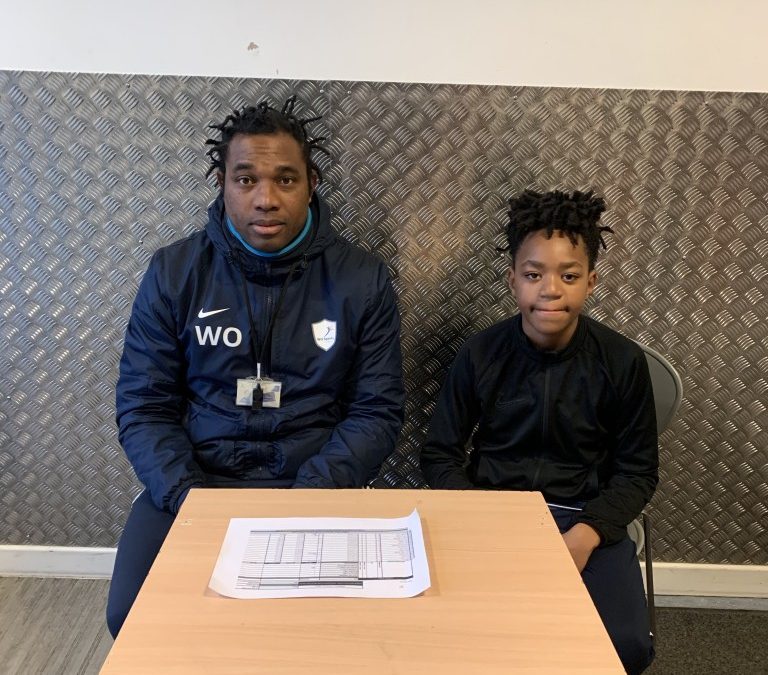 We are pleased to announce that Donte has signed for Colchester United Academy after a successful trial.

He came to us as a raw six year old kid! He had a trial with Reading United Academy summer 2018 and was offered a contract.

We declined the offer due to distance and also his mum was heavily pregnant at the time. On one occasion she fell asleep on their way back from training on M4 due to fatigue.

So I offered him to Arsenal but it didn’t work out. When the news was broken to him, his whole world fell apart. “He said can I go back to Reading as they wanted me”.

I invited him and mum for a meeting to map out a training plan that would focus on more technical work which we all agreed to. He was told by several academies that he wasn’t technical enough and he wouldn’t be signed by any.

I would also like to thank Trevor Dubbery who is the coordinator of Tottenham Hotspur North East London regional coordinator, Academy Coach and FA Licensed Tutor.

He has the interest of kids at heart and not all about himself. We both focused on his future not the present and he was sent to Spurs Elite at the Training Ground whilst still attending Development Centre and WO Sports.

We kept on going until Charlton Athletic and Colchester United came in for him. Colchester spoke to me about their philosophy which I liked.

He came to see his friends at the February Half Term Soccer School this week and he’s well received by his peers.

Our philosophy is based on what the child can do not what they can’t do and we will teach him the rest. We chose Colchester United after the telephone conversation.

At WO Sports, Our focus is all about development and helping kids attain their potential. Many more to follow.