Ex Premier League Star was at the Soccer School. 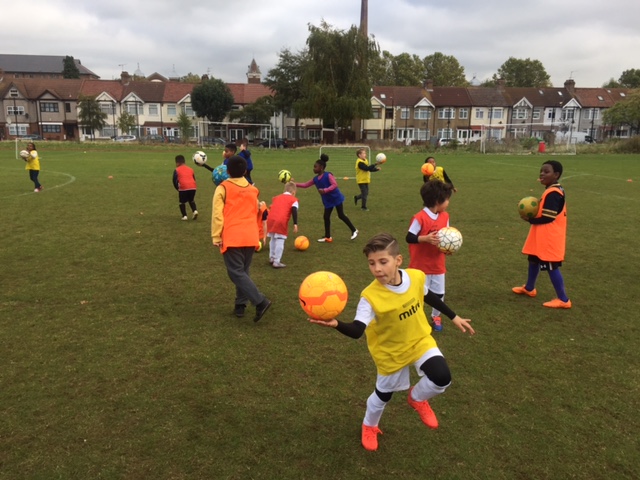 October half term course featured lots of new faces with the existing kids. We were so lucky with the weather as it stayed dried throughout the camp except on Tuesday where it was a little bit damp but apart from that it was a successful week.

Jonathan Fortune and his wife were in attendance with their two kids attended the whole week. Jonathan Fortune played for Charlton Athletic FC in the Premier League, Shefield United and also Stoke City. He also played against Cristiano Ronaldo when he was at Manchester United FC. He was introduced to the participants in the indoors sports hall to address the kids where he gave them some very good hints about football journey.

We would like to thank Jonathan Fortune for honouring my invitation to speak to the participants and also for being a positive role model and good ambassador of the game.

The week ended with a football match between us and Colchester United FC U9s. Big thanks to Matt Waldron for bringing his team over and we will be playing Colchester United at our subsequent camps to help facilitate

players’ development and understanding of the game.

Our next camp will be February half term 2017.