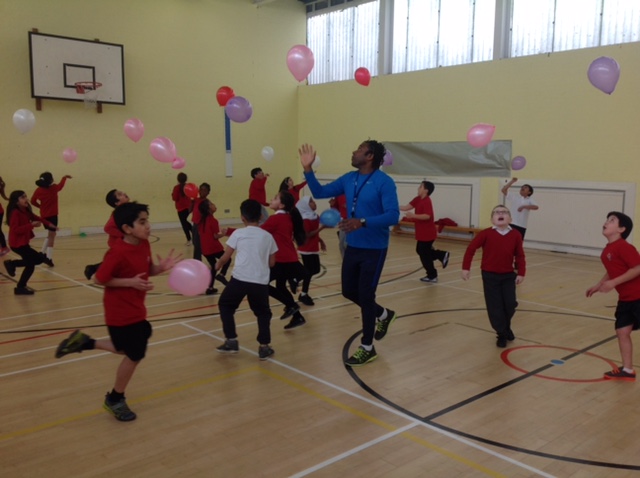 WO Sports would like to thank Woodside Primary Academy for allowing us use their school as a pilot scheme with the aim of delivering the project throughout the borough and London. It was a wonderful experience for us working in this great institution of learning. We spent two weeks in the school, worked with all year groups from early years to key stage 2.

The project was aimed to target the  children of Woodstreet but it was extended to the whole school  which was a very good decision. We were opportuned to see all the raw talent in the school, having been taught the basic fundamental skills properly. The level of PE is high in the school which was amazing to see.

We designed the  ‘Fun Physical Fitness project’ using SAQ, Coodination and stability. To add to their existing skills in a fun manner. It was welcomed with great enthusiasm from both the PE Coordinator and the Pupils. Pupils were put through different tests, some year groups were pushed really hard especially early years and they came out in flying colours.

Special thanks to the Sports Coordinator and the head teacher for making this a project a success in the school for their support and also many thanks to the Council for funding the Project. We hope to secure the funding for a six week project in each school in the borough for a ‘healthy living’ project.

Our next Project is a big launch at Tyssen Primary School in Hackney, On the 20th of April 2016. We will be working with our partners which will be an all day event in the school.