Arsenal Scout at the Soccer School 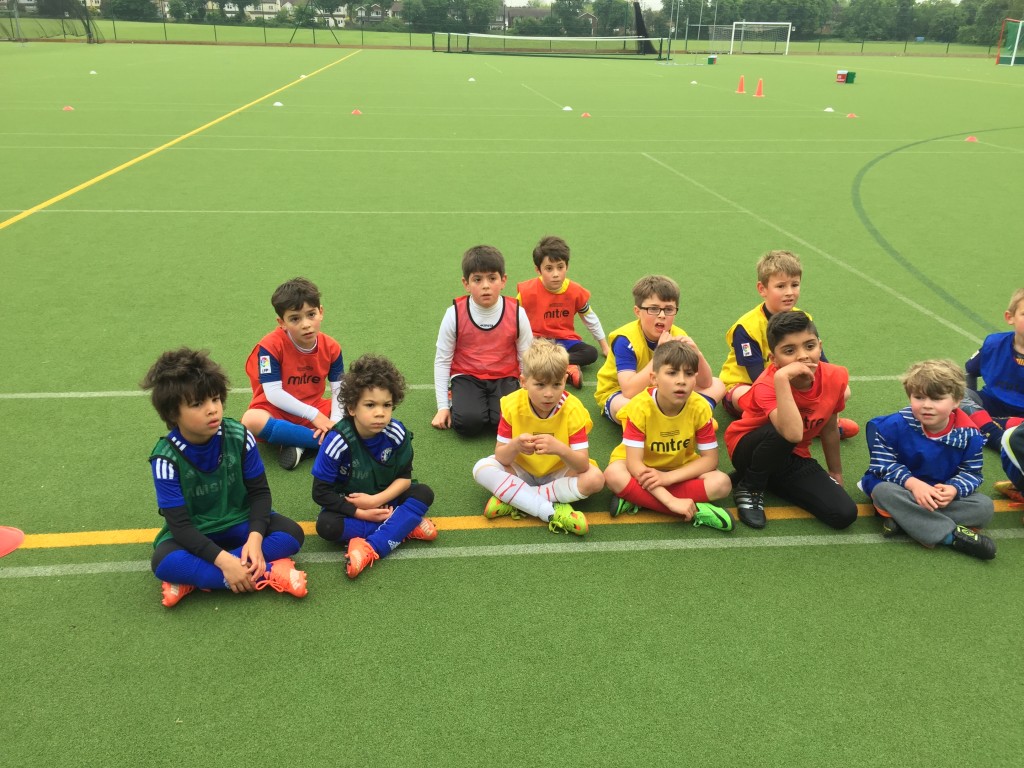 It was a mixed fortunes at the May Half Term Soccer School. It started with a heavy down pour on Tuesday morning as the heaven opened up, All the participants and parents were anxious to get going but the rain delayed the opening day for about two hours.

As we could not secure an indoors facilities at the venue due to other activities going on at the Forest school, we had to cancel the beginners group and refund was made for the parents who felt disappointed. We are really sorry for the inconveniences caused  but to the credit of two 3 year olds who returned the following day and stayed until the end of the camp.

Arsenal sent a scout to the camp on Thursday morning, He addressed the participants after the first morning session. Two outstanding players were spotted for their technical skills and their intelligence.

Some of the participants will be invited to play in a friendly against Leyton Orient Academy in July with the hope of getting signed.

We would like to thank Papa John’s for their generous donations on the final day with Pizzas.