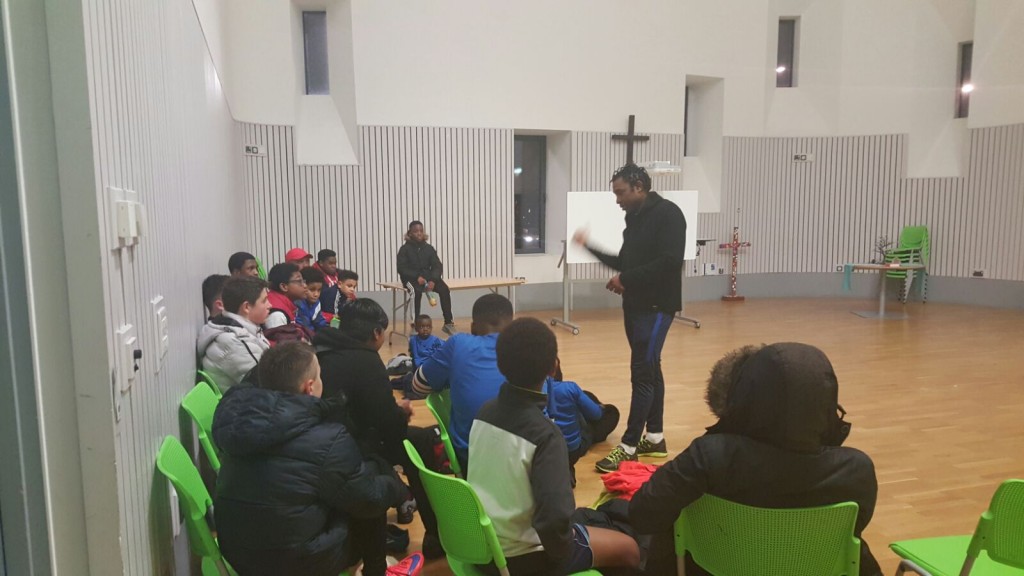 On wednesday the 2nd of March 2016, Our Barking Centre’s U15 played Alhamdulillah FC from Poplar, Coached by AJ. The match was schedulled for 6pm kickoff but due traffic on A13, It was delayed for 30 mins. Big thanks to AJ for bringing his team who are full of energy, athletism and lots of skills on display.

Our boys were excited when I told them about the match as this is used to get all the kids in the area together and harness their potential. It was played with great spirit from both sides, With new discovery of a Goalkeeper and some new young players who have been quiet in training. This shows how far the boys have come since the match against Colchester United FC. Some of our boys are with Professional clubs which made the difference. With had two hat trick heroes from our side and another player with a long range sreamer from the centre circle.

After the game, the whole team went inside the hall for a debrief. Our next is against Leyton Orient U9s on Tuesday evening at the Score Centre Leyton.